The CBR test of soil is fully described in IS-2720-PART-16-1979 for civil engineering purposes. It was first developed by the California State Highway Department and is used in the field as an arbitrary strength test which is considered to stress soils and replicate wheel loads.

The CBR test forms part of the site investigation and is used to determine the thickness of materials needed for the proposed road construction.

To determine the California Bearing Ratio (CBR) by conducting a load penetration test in the laboratory.

The CBR test is penetration test meant for the evaluation of subgrade strength of roads and pavements. The results obtained by these tests are used with the empirical curves to determine the thickness of pavement and its component layers. This is the most widely used method for the design of flexible pavement.

This instruction sheet covers the laboratory method for the determination of C.B.R. of undisturbed and remoulded /compacted soil specimens, both in soaked as well as the unsoaked state. oven, filter paper and containers.

It is the ratio of force per unit area required to penetrate a soil mass with the standard circular piston at the rate of 1.25 mm/min. to that required for the corresponding penetration of a standard material.

The test may be performed on undisturbed specimens and on remoulded specimens which may be compacted either statically or dynamically.

If the initial portion of the curve is concave upwards, apply correction by drawing a tangent to the curve at the point of the greatest slope and shift the origin. Find and record the correct load reading corresponding to each penetration.

where PT = Corrected test load corresponding to the chosen penetration from the load penetration
curve, and PS = Standard load for the same penetration taken from table 1.

I hope this article will help you on Lab Reports for Determination of CBR Value of Soil A Sample. You may also want to see my other post from my Blog.  If I have missed anything here, please let me know about that in the comment below this post. 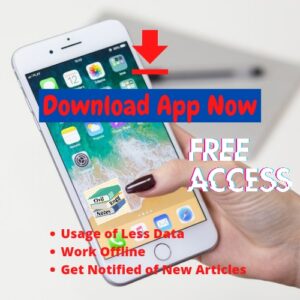